In 1931, Arbor Day celebrations were celebrated in connection with the commencement of an ambitious scheme, which, when brought to fruition, will mean a great deal to the pretty township.

The District Council of Macclesfield stands firmly behind the Progress Association, which was formed about a year ago and proposed to build a swimming and boating lake in the parklands south of the town. Macclesfield is fortunate in being surrounded by beautiful parklands which will, no doubt, in future prove to be a great asset to the community.

The Government loaned officers to make a survey at the site of the proposed weir across the River Angas and it was found that the embankment would need to be 20 feet high to give the desired stretch of water. Mr H Pfeiffer, a past councillor, advanced the sum of £350 or ($700) at savings bank interest for seven years to help the scheme get under way.

As soon as the Progress Association had permission to proceed they began clearing the creek bed by means of volunteers assisting the paid labour. It was hoped to have the lake ready for summer and the time had come to begin beautifying the area by the planting of trees, including a sheltering belt of pines planted in two rows along the side of the hill and a number of silver poplars. 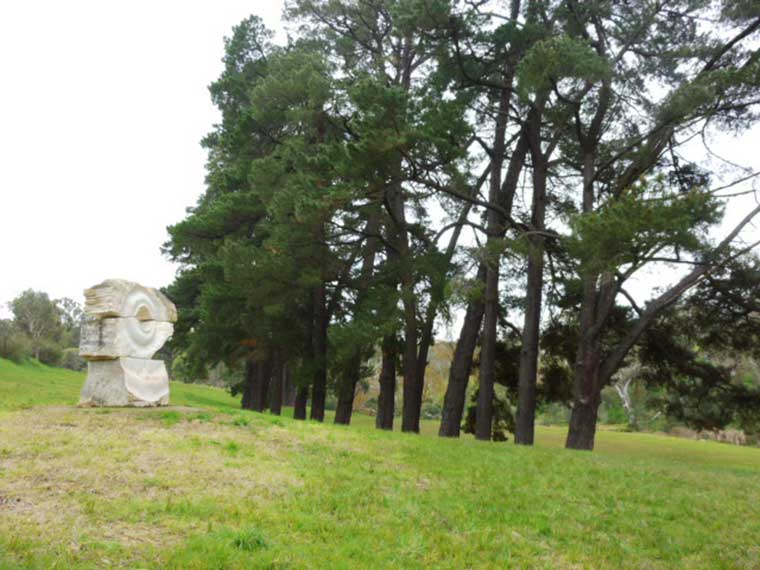 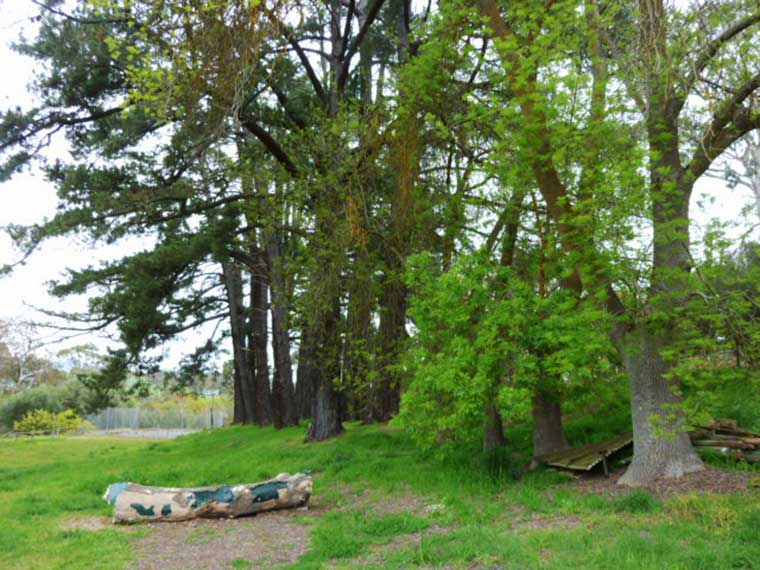 Second row of pine trees near the weir photos 2015

The Arbor Day gathering was presided over by Mr S H Ross, President of the Association, who welcomed all present. Mr Sam Davis, one of the oldest residents, then took the crowd back over the years to the early days, recounting much of the town’s history and recalled many of the pioneers, some of whom had descendents attending today, with many still living in the area.

Mr Ross then introduced Mr L von Doussa who stated he was proud to take part in the ceremony. He had known Macclesfield since 1865 and was connected with many of its institutions. In 1898 when he had aspired for political honours, it was the Macclesfield box that had put him in Parliament. The attempt to beautify the park was creditable and the site magnificent, now that the town was approached by bituminised roads which bring it within easy reach of the city and the surrounding towns, he could see in his mind’s eye crowds arriving to enjoy the area and what it would offer. In time the Silver Lake at Mylor would not compare to the Crystal Lake at Macclesfield. The work would be costly and he invited all to give a donation, large or small, work or money to help with the project. Times were hard but he had great faith that fellow Australians would make a success of this venture and he congratulated everyone concerned with the step taken.

Mr J Elliott, Mayor of Strathalbyn, also congratulated the Progress Association on its enterprise. He hoped their dream would soon be realised and that he would live long enough to see the venture completed and he wished everyone concerned every success. The next speaker, Mr C M Dumas of Mount Barker also expressed gratification at being asked to take part in this historic occasion. He anticipated seeing a beautiful lake on the chosen site; it would bring tourists to the town and stimulate local trade as well as providing an attraction for the younger people of the district. He joined the other speakers in their congratulations and also wished the town every success.

At the conclusion, the crowd adjourned to the Macclesfield Institute where afternoon tea was served by a band of ladies interested in the Progress Association and its objectives.

Note: We would appreciate any other images and information concerning Arbor Days.