NOTE: This family is associated with Paris Creek, a little way from Macclesfield.

Edward BARTLETT, my great-grandfather, and his wife Susan Julia were born in 1805 and 1806 respectively and originated from Somerset, England. They are believed to have had 12 children.

On September 21st 1849 they embarked with seven of their children; Edith aged 18 years, Mary Ann 16, Edwin 14, Elizabeth 16, Susan 7, Albion Edward 9 [grandfather] and Thomas 5, on to the ‘Harry Lorrequier’ at Plymouth to sail to Australia.

The ‘Harry Lorrequier’ was a 3 mast ship rig with a tonnage of 847/985 tons built in Quebec in 1846 and owned by Lapham-Waterford. The Master was JEFFERES. The Shipping Register states 358 passengers were on board, 216 males, 146 females and 6 died.

The list of passengers not being strictly eligible for a passage have contributed towards their conveyance the sum set opposite to their name, Edward BARTLETT and child, 5 pounds.

The Shipping List gives Edward’s occupation as a butcher. The family arrived at Port Adelaide on December 26th 1849 and settled in Macclesfield, South Australia.

John BARTLETT was born c. 1828. He married Ellen CHILCOTT on March 8th 1861 at the Macclesfield Congregational Church and her father was John CHILCOTT. I am not certain that John arrived with the rest of the family; I believe he arrived on the 'Mary Green' in 1853.

Edith BARTLETT was born c. 1831, she married John CUMMINS and they had a daughter Mary Ann who married James YATES and they had the following children Edith / Ralph/ Olive / John / Sophia / James / Martha and Jessie.

Susan BARTLETT was born c. 1840. On the April 8th 1867, she married Mathew LINN after the death of her sister Elizabeth, Mathew’s first wife. They had the following children, John / Andrew / Henry / Elizabeth / Alfred / Anne and Fredrick.

Thomas BARTLETT was born c. 1844 and died February 28th 1933 at Srathalbyn. He married (1) Susannah COLMAN on October 1st 1866 in Blakiston, the daughter of Samuel COLMAN. She was born in 1831 and died May 21st 1897. The children of Thomas and Susannah were William Richard / Sarah Susan and Edward Samuel.

He married (2) Agnes PATTERN on May 30th 1899, the daughter of Walter Peter PATTERN. The children of Thomas and Agnes were Francis William / Stephen Theophilus and Walter Nathaniel (twins). Walter visited us in Alice Springs.

Albion Edward BARTLETT was my grandfather; he was born in Worchester, England c. 1840 and died on March 14th 1926, at Strathalbyn. It is reported that he was the last person from Macclesfield to be transported in a horse drawn funeral coach and as it is eight miles to Strathalbyn, it would have been a long journey.

He married (2) Rosa WILLIAMS on July 22nd 1889, she was born in Macclesfield and was a school teacher at Watergate chapel on the Davenport property, ‘Battunga’ on Whites Road, Flaxley. This was prior to the Flaxley School opening on 30th May 1899. 'Watergate' was the original name of Flaxley.

Samuel Edward BARTLETT, born on November 27th at Moonta SA. He died on December 14th 1873, aged 13 months and is buried at Moonta.

Albion Edwin BARTLETT, (my father) was born on May 31st 1876 at Moonta and he died June 21st 1940 at Paris Creek and is buried at Macclesfield with his first wife Bertha Jane (nee SMITH).

He married (1) Bertha Jane SMITH on July 26th 1906 in Christ Church, Strathalbyn. She was the daughter of Enoch Horace SMITH and she died on March 24th, 1935 at Paris Creek.

He later married (2) Evelyn Beryl WILLIAMSON on June 3rd, 1936 in the Strathalbyn Methodist Church. She was the daughter of Walter WILLIAMSON and Mary Louisa HOLDING. She was born December 27th, 1909 at Kaniva, Victoria and died November 11th 1993 at Morphett Vale SA. She was cremated at Centennial Park Adelaide and her ashes interred in her parents’ grave at Mt Barker.

Ernest Quintril BARTLETT was born December 10th 1878. He died October 20th 1944 at Macclesfield and is buried at the Macclesfield Church of England Cemetery. He married Emily May ROSS on December 18th 1912, the daughter of John Charles ROSS of Macclesfield. She died April 14th 1974 and they had the following children:

Jack, who married Gwen STRATFORD and had Philip / Kym and Ross.

Edwin (Ted) who married Jean CLEGGETT and had Betty. (Jack & Ted were twins.)

I have in my possession a Family Bible with the following inscriptions:—

‘Miss M TAYLOR, given to her by her beloved Mama on her birthday June 5th 1870’

In the 100 Years Ago files of the Southern Argus dated Thursday February 10th, 1898 it states: ‘On Monday last, Mr A BARTLETT, a well-known resident of the Meadows District, met with a painful accident, falling from a load of hay and breaking a shoulder blade. Dr SHONE attended to the injuries.’ I am unsure if this was grandfather aged 58 or dad aged 22.

Norman BARTLETT (self) was born to Albion and Beryl on July 19th 1938 at the Strathalbyn Hospital.

As I was only 23 months old when dad died of bowel cancer, I am unable to remember him, so have to rely on photos and information handed down or researched to compile this article.

Grandfather Albion Edward BARTLETT lived on a property on Shady Grove Road, the road from Macclesfield to Paris Creek, about 2 miles from my father’s property of 162 acres. 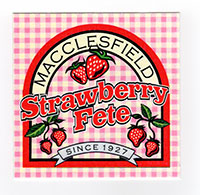