Betty White describes how Davenport Square was used around the 1940's.

A Brief History of Davenport Square

A Brief History of Davenport Square

Davenport Square is one of Macclesfield’s fine old reserves. In the 'Davenport Special Survey' of 1844 all streets and reserves were described as the property of the local Government, or the Crown.

The area, once known locally as 'The Flat', has also been likened to a village green and therefore generally free for use. In early years Reverend J B Austin held a weekly service in a tent on the Square. Later, a gum slab chapel was built by the congregation.

In early years saleyards were constructed on one corner and it has been recorded that as many as 20 teamsters camped there overnight.

Sporting events held on Davenport Square included an annual 'Combined School Sports Day'. Children from both the local St Joseph’s Convent school and the public school were joined, at times, by others from schools at Flaxley and Greenhills.

In the 1880’s a football club was formed, permanent goalposts were erected, and an area cleared for play. Cricket was also played on the Square from the early days and in 1899 a slate pitch was laid. Tennis courts were laid in the southwest corner with the stipulation that they were not to encroach on the 12 feet of public road. Later, a new St John’s Anglican Church was built in front of the tennis courts. These courts and the existing Country Fire Service facilities were all erected on sections of Davenport Square, while some roads were redirected.

During the 1930’s the 'Golden Goblet Club' celebrated New Year’s Eve with lively entertainment on 'The Flat'. The show commenced with a torch light procession from the hotel, led by a gaily decorated wheelbarrow bearing a barrel of beer.  A program of songs, elocution and violin solos entertained the public. Each contributor was rewarded by a drink from the golden goblet, a pint pannikin painted and decorated with a huge green bow of ribbon. At midnight all present joined hands and sang 'Auld Lang Syne' around the barrel, or what was left of it!

The Square was the venue for many picnics – usually with a parade which ended there, with stalls and refreshment booths set out and often a band for outdoor dancing. Other forms of entertainment such as a circus and buckjumping also took place.

At other times, wakes to celebrate the lives of the dearly departed were held, and in 1942 soldiers who were billeted with local families used 'The Flat' for parade ground drills.

The War Memorial was originally erected on Davenport Square. It was later moved to the current site in front of the RSL building as more car parking was required.

The town’s annual 'Strawberry Fete' has been held on the Square since 1991, when the Macclesfield Community Association took over management of the event. The first Strawberry Fete was held in 1927.

'Carols on the Square' is a combined Church event each December and it also continues to this day. 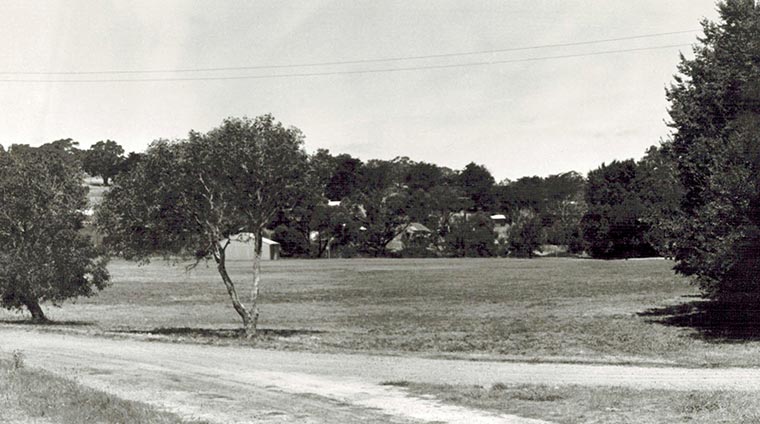 The Macclesfield War Memorial was built of local marble in the 1920's. It was originally situated on Davenport Square. When parking became an issue it was moved to its present location in front of the RSL, which was formerly the school building.

WW1 Memorial, St Johns Church of England in the background 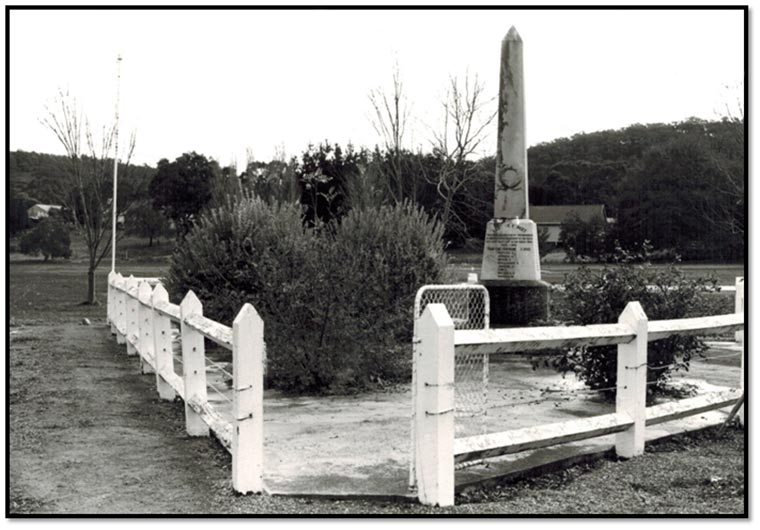 Close-up of the memorial

In 1990 Macclesfield celebrated the town’s 150th Birthday on Sunday 18th November with a Picnic Day at Davenport Square. At that time Gavin Gillies donated a large stone to hold the memorial plaque, commissioned by the Community Association for this celebration. Roger Irvine re- positioned the stone later.

Inscription: "The residents of Macclesfield gathered here at Davenport Square on 18th November 1990 to celebrate the 150th anniversary of their village founded on 12th June 1840. These barbeques were dedicated by Councillor Patrick Secker." 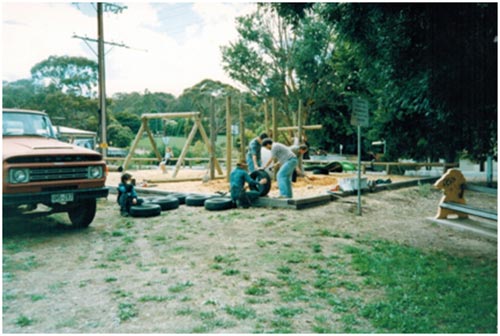 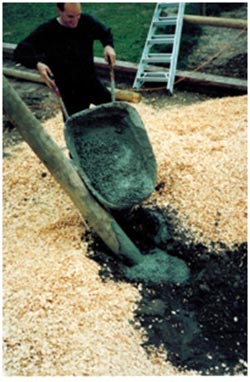 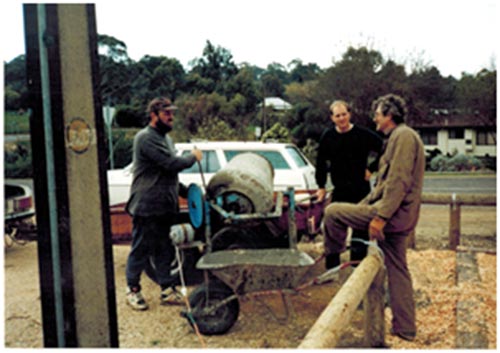 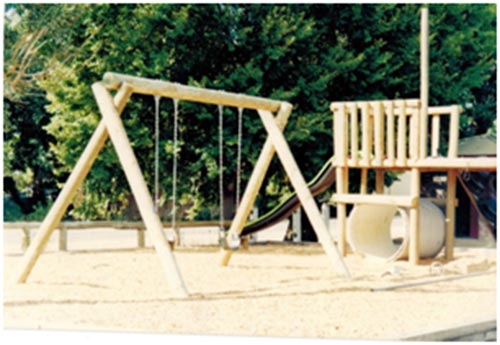