At our Museum Of Hats exhibition on Saturday-Sunday 24-25th, Nov 2018, 10am-4pm, at the Anglican Church Hall in Venables Street, many preserved photos were used in advertising the event, and photos were taken on the day.

Many of these hats are authentic replicas from the Victorian era, made by Jessie Ratledge. 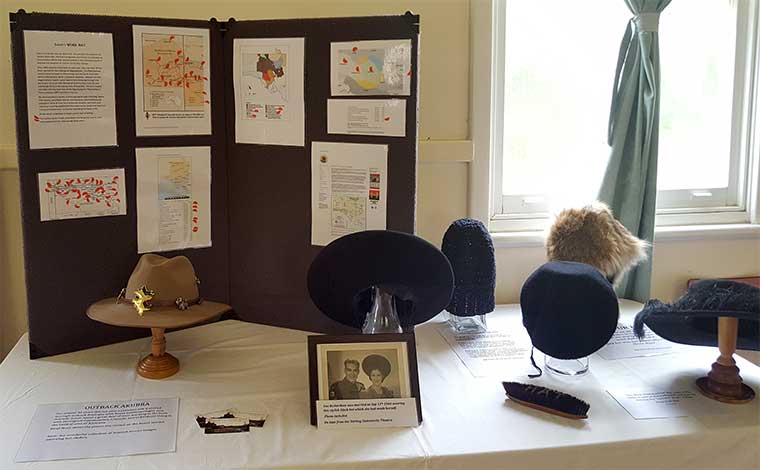 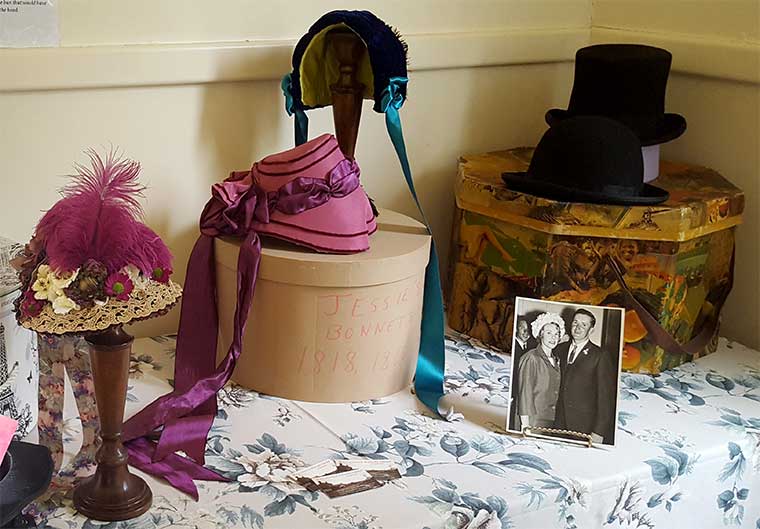 In the photo above, left to right:-

Straw hat with feathers, 1870’s – this would be worn at the front of the head as her hair would be in a chignon with ringlets hanging down the back of the head.

Pink silk velvet, 1860’s – note the Mary Stuart shape that was very popular in that era.

Blue silk velvet bonnet – this sits on top of the head with ribbons left hanging. The shaped back was to accommodate the bun that would have been at the top back of the head.

Top right:- Bruce Kelly’s Derby and Top Hats were on loan.
Top Hat - A top hat, beaver hat, high hat, silk hat, cylinder hat, chimney pot hat or stove pipe hat, sometimes also known by the nickname "topper", is a tall, flat-crowned, broad-brimmed hat, worn by men from the latter part of the 18th to the middle of the 20th century. From Wikipedia.
Bowler Hat, also known as a billycock, bob hat, bombín or derby (USA), is a hard felt hat with a rounded crown, originally created by the London hat-makers Thomas and William Bowler during 1849. It has traditionally been worn with semi-formal and informal attire. Also from wikipedia. 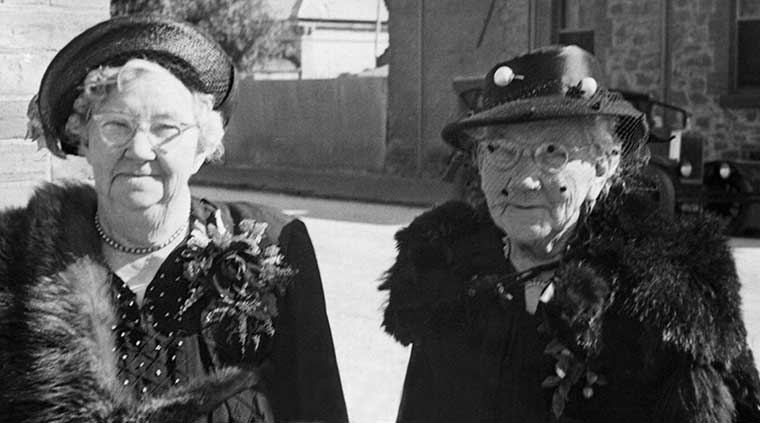 Betty White's (nee McNamara) Gran Mead and her sister Ede Whitrow on the left, dressed for a wedding. 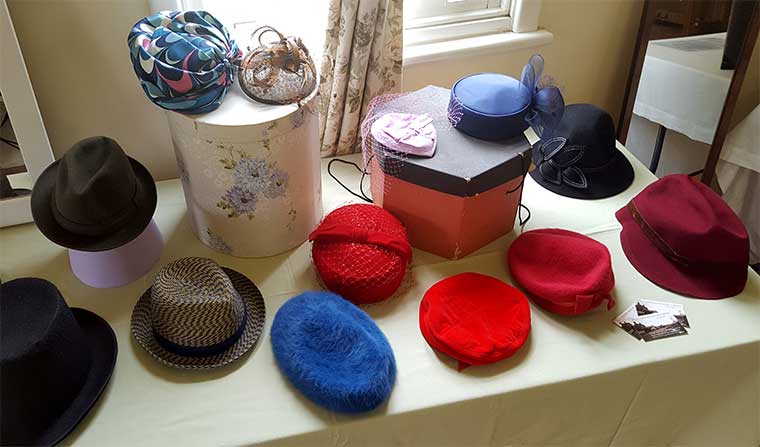 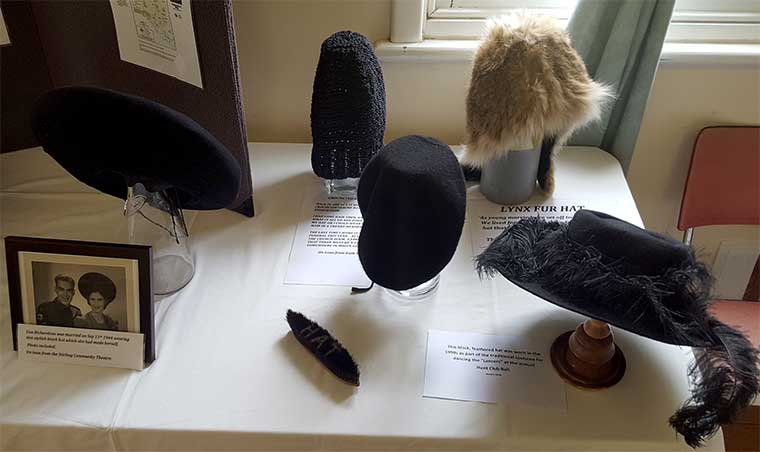 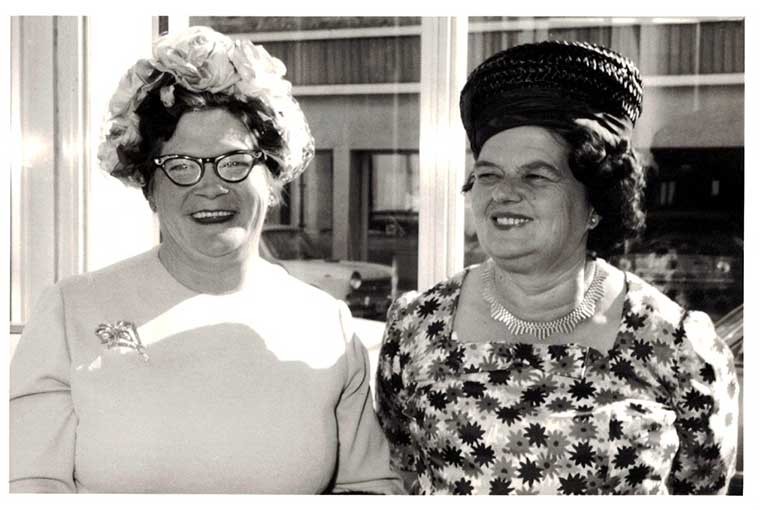 Dorrie Calaby & Maxine Barnett on a day out in Adelaide. 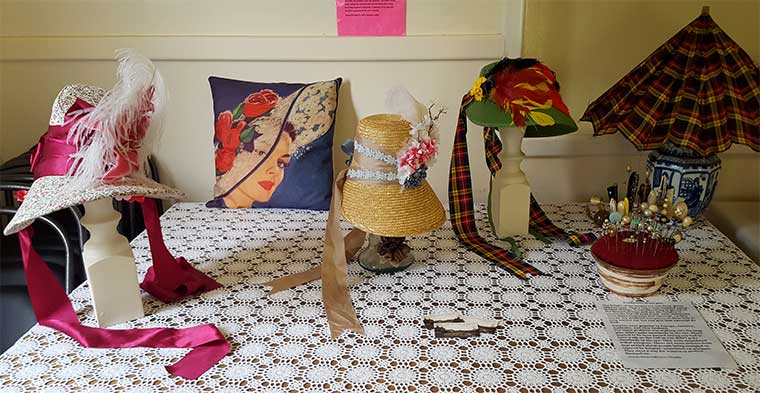 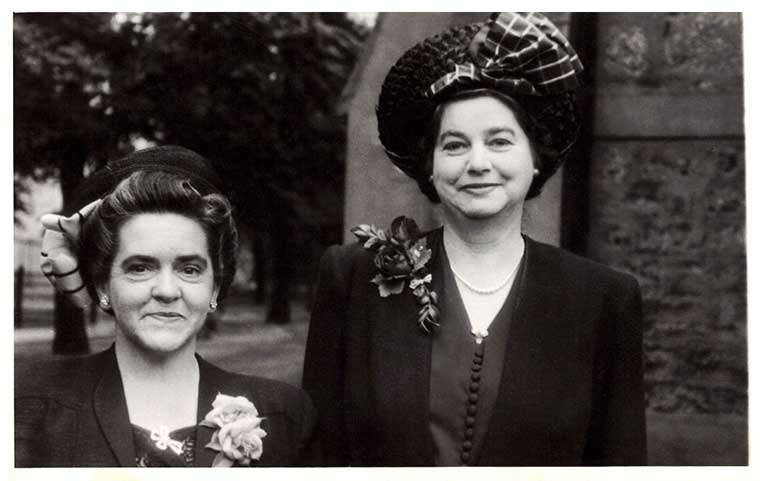 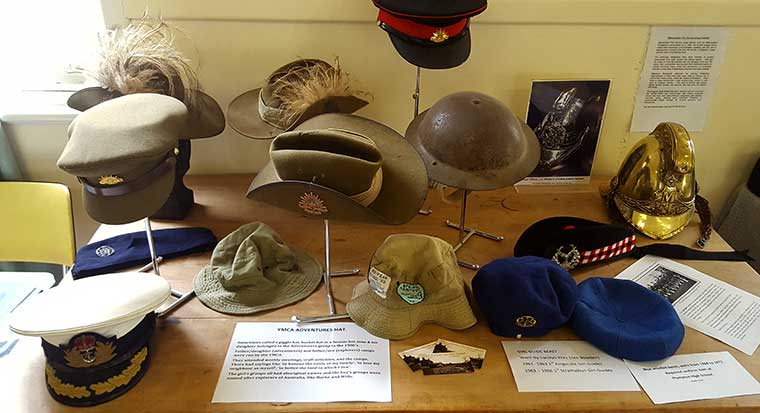 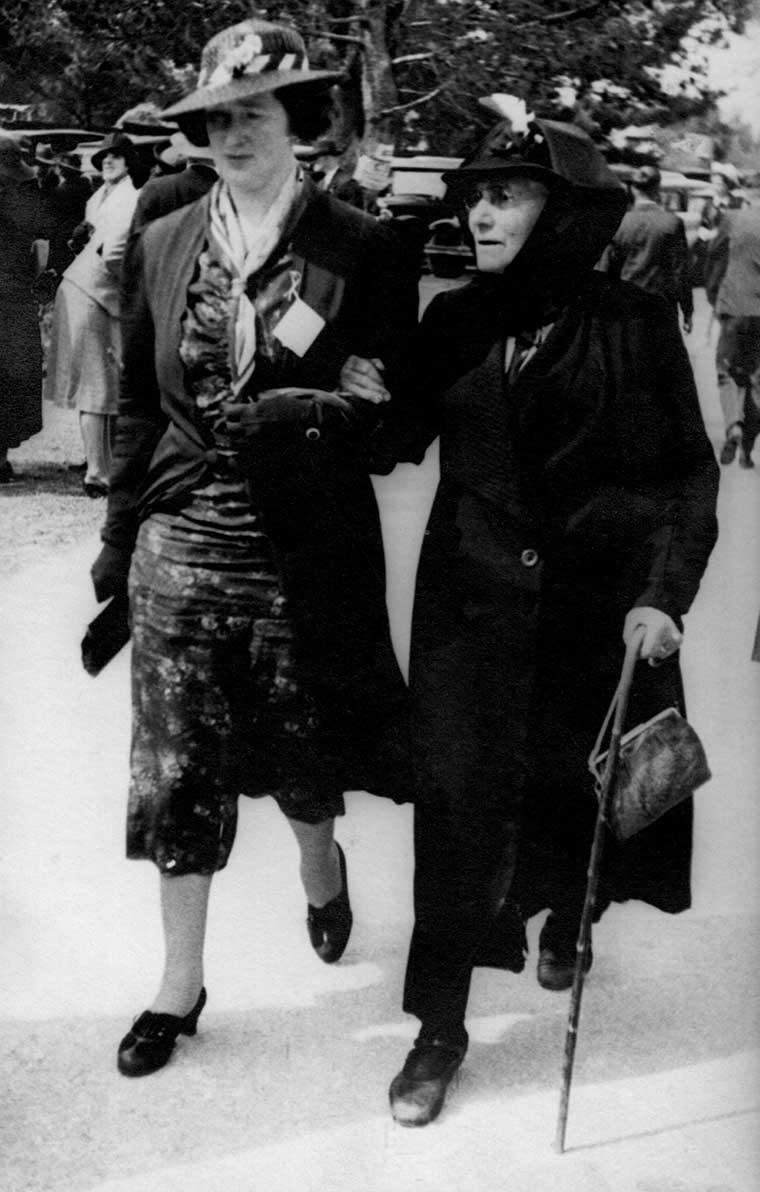 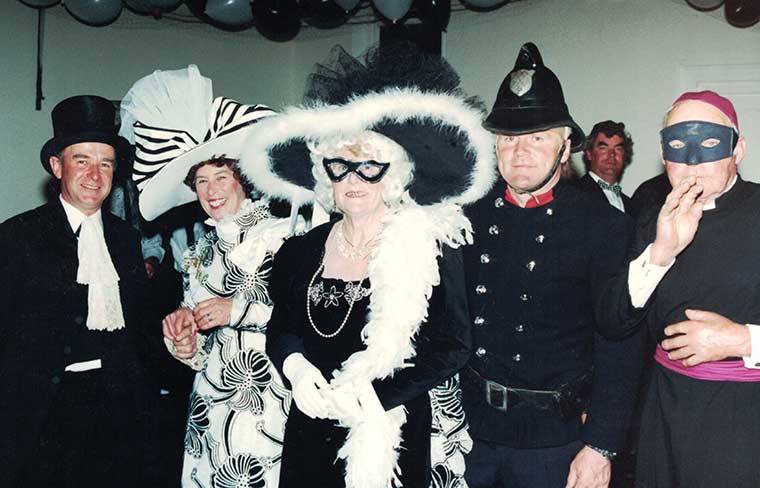 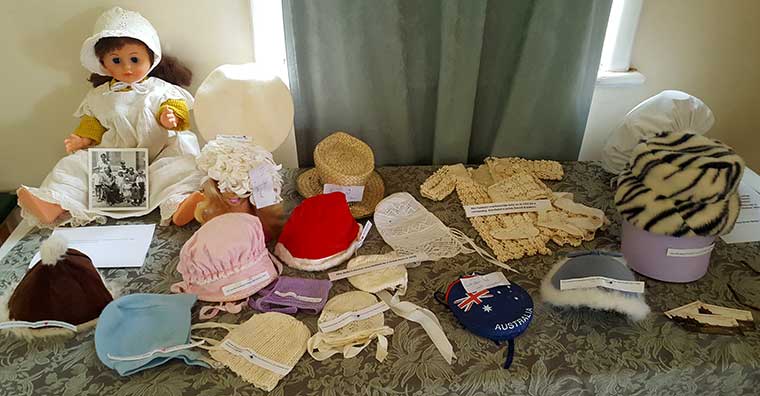 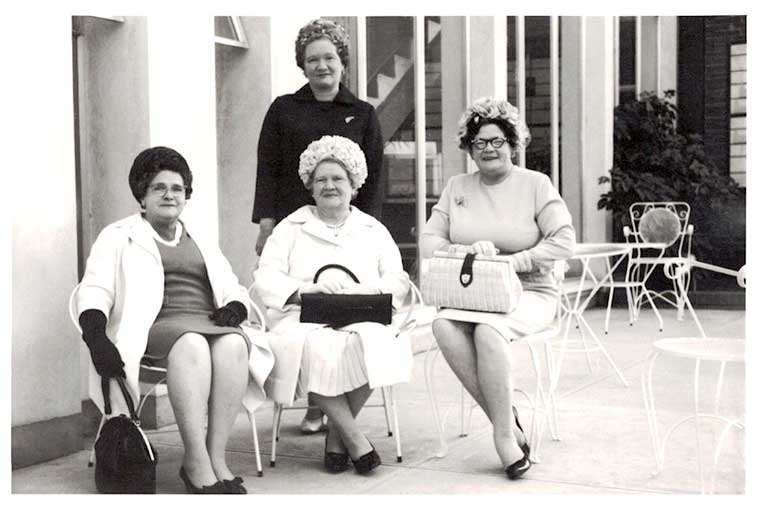 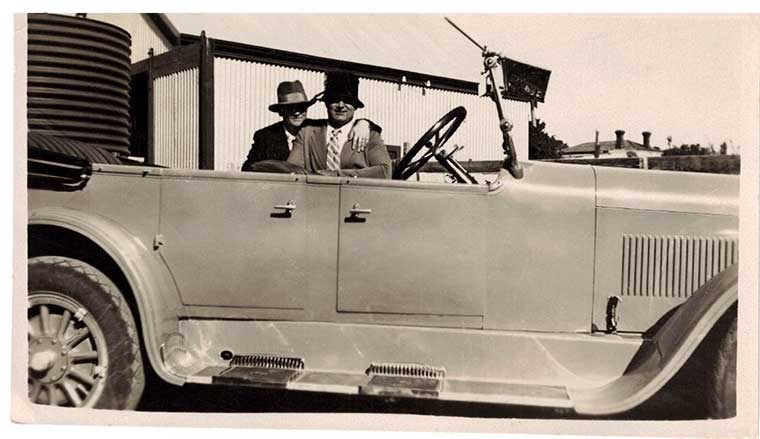